JD didn’t even get a Chrome Steel. Which is criminal.

Is there going to be an update tomorrow or next week?

I think it will be next week or it could be tomorrow. The store says new items will be added in 7 days so that why i am guessing next week but it also could just be a visual bug that will be fixed at the start of season 10.

Not sure. I’m always the last one to know for things like that. Wishful thinking mainly.lol

They said there would be “essential drops”, but I hope they scratched that idea, and just add em all right off the bat. Only thing confirmed is that the current season’s items will be available for gears coins, early this month. 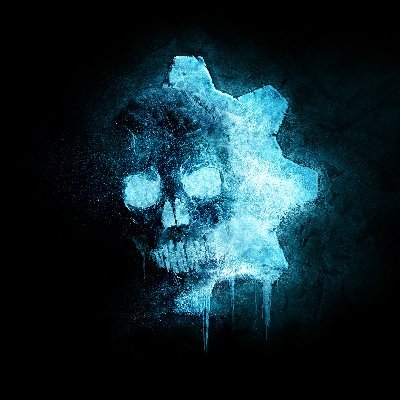 @Community_Gears
@Imlevelzer0 @FluffyDeathBear @GearsofWar The tab feature didn't fit this Season's store model, but Season 9 store items will be back for Gears Coins early in January next year. Thanks for staying tuned!
1 Like
Nagnirnahs (Nagnirnahs) January 4, 2022, 3:09am #9

Season 10 should start tomorrow, since it’s been two weeks since the last store update.
Nothing was added last week, and that’s usually the case for the final week of Ops/Seasons.

The 2022 roadmap will be blank because nobody works at TC anymore.

There seems to be deleted tweets from @TC_Community’s twitter. Maybe since a lot of replies were complaints about not being able to buy the featured items with gears coins.
or maybe I’m looking at the wrong account, might be @GearsofWar that was the only one posting new store updates.

Ah I see lol. I mean still, I feel like we arent gonna get any info from them all that much this year.

A Happy Valentines here and a Happy Easter there but nothing more.

I believe they said Season 7-9 items would all be available for coins, but not sure if that plan has been changed or scrapped

still seems to be the case

@GearsofWar
@ClassierDylan One more Essentials Drop is coming up in January, with everything you may have missed from Season 7, 8, and 9, unlockable through Iron and Coins!
2 Likes
GhostofDelta2 (GhostofDelta2) January 4, 2022, 3:37am #16

There seems to be deleted tweets from @TC_Community’s twitter.

In the store at the moment, the Featured tab says changes in 7 days, so guessing next week a possible update?

7 days??? Woof. Thought today (with the ToD reset) we would get all the past Operation skins

I wouldn’t buy into the Featured tab too much now considering TC are only doing one more store update, unless it’s already on a predetermined rotation handled by a system.

Unsurprisingly, there is total radio silence from TC, “Season” 10 has supposedly started, and the only thing that has changed is the Tour having reset on its own. Because why would you actually want to expect a minimum of anything?

And past Operation items didn’t come to the Store

Lols… that’s really optimistic of you.

I just want my helmetless Akagi, then I’ll stop ■■■■■■■■ about things… well, maybe only that particular thing. But at least I got more annoyed at my connection deciding to randomly drop packets for no good reason(no one running a download or anything else negatively impacting connection quality) than the inevitable stupidity from the game.

maybe something happened to the devs in charge, idk. I’d like to think that it was due to the holidays, but I feel that these things should be setup for auto-updates, 2+ weeks prior to the launch date.