At this point I realise I must be playing a completely different game to everyone else. Master and Inconceivable must be so different to the rest of the lobbies. I’d have put my house on Forge, Overload, exhibit and Blood drive.

Where’s Overload? What the f are these stats based on? Attempts? Time played? Runs finished?

Maybe that’s what the computer picked most for public matchmaking.

That would explain why it’s dead now. 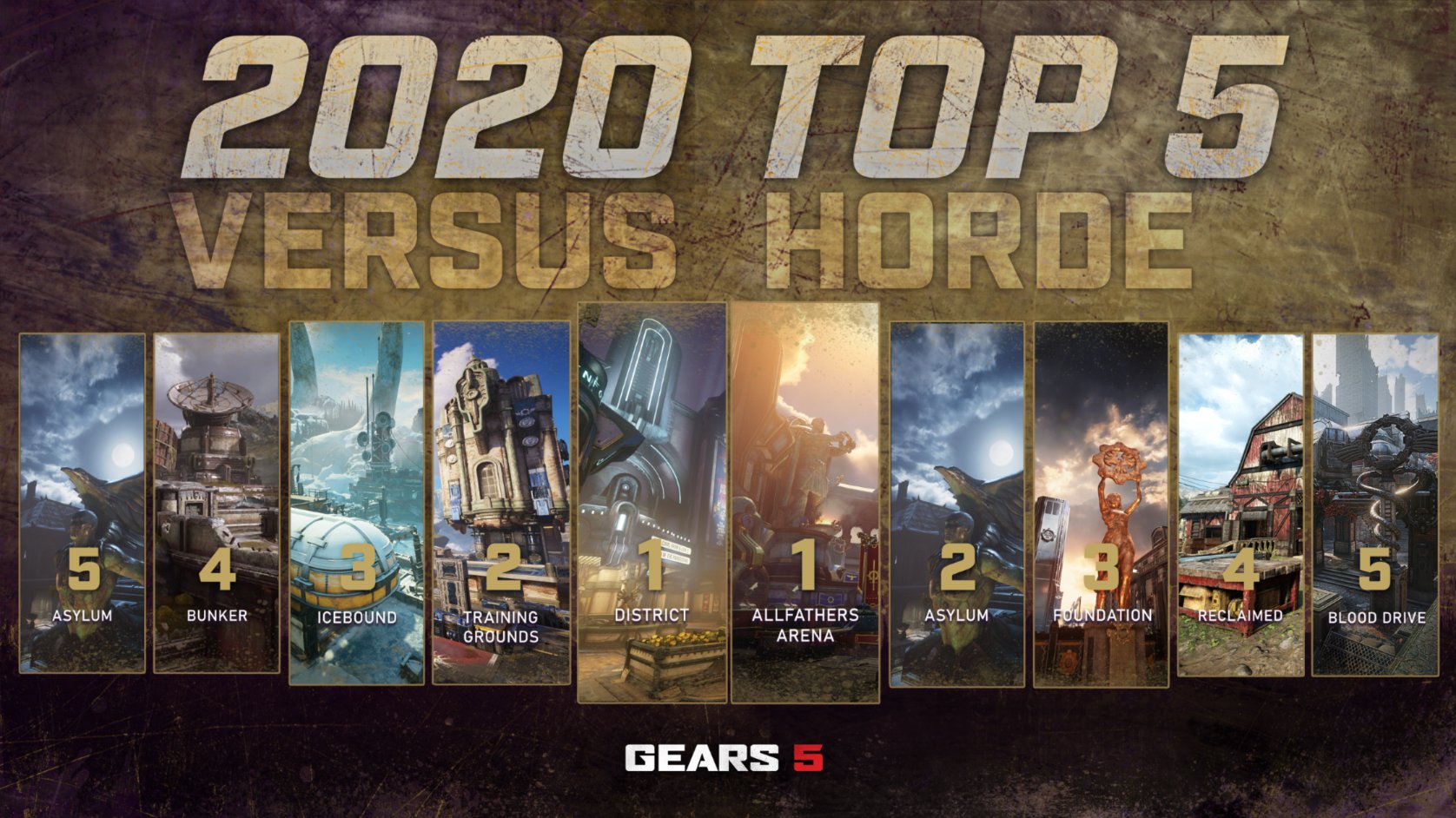 Check out the most played maps of 2020. Which was your stomping ground?

Also, ironic that they don’t release “most played Hives”. Tough battle between Clock and Surge for the top spot.

Well, how Blood Drive and Forge are not in here I’ll never know.

I’d like to know what these stats are based on, must be public matchmaking, in which case I can understand these 5 selections.

Forge didn’t make top 5 when it was the only map on custom games most of the time for several months? Let me guess, did Dana filled the top played maps and characters?

Maybe that’s what the computer picked most for public matchmaking.

Seems to be the only reasonable answer, but then again, TC and reason usually don’t go in the same sentence.

This must be TC’s stats that they use when bringing back blood drive and there were so many complaints yet they said based on their numbers it was the most voted map to play when it came up. SMH

Are they getting these stats from parallel universes?

Blood Drive should’ve been number one, I recall seeing at least 2 or 4 pages of the horde sever browser being primarily Blood Drive.

Well Gears 5 was far more popular closer to launch than what it is now, so launch maps or maps that came pre OP3 or OP4 are heavily inflated in terms of popularity, like I almost never see people play Asylum or Foundation so that’s kind of why its surprising to me. Blood Drive will catch up is what I’m getting at.

Allfathers being #1 is not shocking, its the definite Gears 5 map just as Foundation was the definitive Gears 4 map. I like Allfathers just for how looks for Horde lol.

Edit: BUNKER is the 4th most played Versus map? Come on now. Again, Bunker was probably played closer to launch (Back when the game was more popular than fortnite for reference) so much so that maps that you would expect to be top 5 now aren’t reflective of what was top 5 all time.

Edit #2: Idling on Allfathers as Jack has definitely bolstered the popularity of that map lol.

Another one of these… I came here after @HerrKatzchen created a thread highlighting the top 5 skins in COG and Swarm.

Where is Overload and Forge? Custom lobbies were filled in with these maps day in and day out.

I can’t anymore… these stats are BS.

Vasgar, Allfathers, Reclaimed, Nexus, and River are my personal top 5 most satisfying maps to Master.

Maybe it is because these stats are from all of 2020. Which would explain why BD is only 5th despite being most popular, because it only came out in Op4. If they had based it on “times played as percentage of days available” I would imagine we would have very different results.

Yeah but you would expect to see forge then? I have had days where 12+ forge was all I saw prior to overload.

True. Well I guess we will never know!

I don’t like to chase enemies,so the smaller the better.