Did a search here before posting - couldn’t find any posts about these. Noticed them both since the last update:

Anyone else experienced these recently?

Character model ‘freezes’ for an extended period of time if in close proximity to a Snatcher when it is destroyed.

This has been an issue for a long time. I have put in bug reports on this, still no ETA on a fix.

I haven’t had the other issue personally.

I’m levelling Lahni (her maxed melee + bleed + breaker mace is amazing) and so spending more time closer to bosses. Sucks as it ruined a nice Master run I had going on wave 30. I was frozen after destroying the Snatcher and a guardian picked our last remaining teammate. I was LMS but couldn’t do a thing. 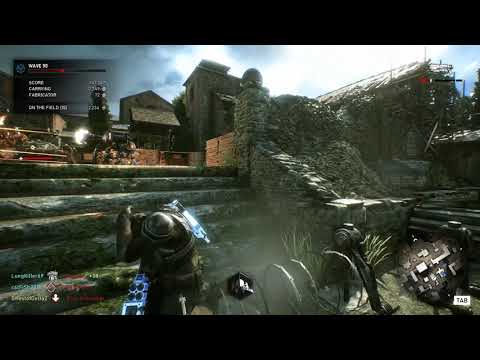 This happened to me early March and recorded it.

Both issues mentioned have been present for a long time. I thought that the character freeze thing was taken care of though, have not experienced it in some time.
Fortifications being red and not useable is so annoying, especially if it happens when you’re low on energy. I think this has happened for me more in Bunker than in any other map. Bunker also has this issue where fortifications ain’t placeable at all,

Fabrications disappearing if downed while carrying them and they are red

Yep just seen this on overload, JD was moving his locker full of booms and got downed. The Locker was red and stuck half in the wall and no one was able to recover it.

Poor JD. He lost his toys…

The freezing bug actually happens with the carrier too. There was one time i was playing JD where I was frozen indefinitely and had to quit a 1-50

Couldn’t you just have been downed or killed by an enemy?

I’ve experienced the fortifications disappearing since the start of Op3, just as you described. And it just happened to me yesterday again.

The other reports of fortifications staying red indefinitely has been in the game since release, but it happens less frequently now. In these instances, you’re able to grab it after a few waves. It has always been grabbed by someone else who didn’t glitch it. So just ask someone to keep trying.

Hi sorry for the latency. That did cross my mind but i was playing with randoms. And the carrier was far enough into the base to make it just awfully inconvenient