BLESS you TC for making sure Ranked is close… Bless you 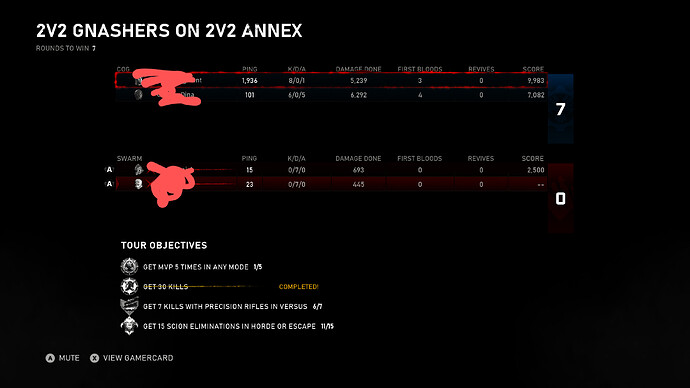 Lmao 8 kills zero deaths with that ping. Anyone that goes over a certain ping should be kicked out of the game. I run into people all the time with like 800 ping when I play versus. Especially in 14 player FFA events.

Holy moly you guys got stomped. Anywho the skill based matchmaking doesn’t work because we lack player population so the game is going to throw you at the only other people searching instead of people your level, balanced or not.

@RelaxingKoty
That guy could’ve been fluctuating. I see it happen all the time at the end of a match. Some guy will have like 100-180 on average but then get random spikes that make his connection look insane. Although I have to admit that ping in 2v2 sounds brutal.

Edit: I should clarify, I understand playing with a high ping is no walk in the park. However when I see a person with 2k ping go 8-0, I get a little suspicious.

I want to know how. I have had that ping before and its like playing a match that has already happened lol.