Thank you TC for creating the industry standard for lag compensation with Gears 5 PVP.

Most games anything over 100 ping, a game is completely unplayable for the player.

Your secret recipe of client side shenanigans and non existent server side response has made this game a true pleasure for everyone.

I would like to thank all TC devs from the bottom of my heart!

On the behalf of everyone overseas with completely unplayable internet connections…

Thank you for all your hard work, dedication and passion for setting AAA netcode standards!

he’ll be back on gears 5. just like they always will.

Yeah he will lol. He’s been a friend of mine for years now and is one of the best players I know. He regularly uninstalls and reinstalls the game.

They are like the Terminator. They will be back.

He regularly uninstalls and reinstalls the game.

Only after I torrent to reach 100 ping.

four edits later and this is what you arrive at.

I had bad EU West Server 2-3 players with about 150-180 ping in the match for the first time on Saturday evening… I’m not a fan of teleport.
I also had the feeling that the player base was very low, I usually end up in the same match after looking for a match, TC is doing something about it or Gears 6 will be released in late autumn 2022

I hope you’re not serious… being in Australia I play with 150+ ping all the time and it is no fun especially vs people whose ping is less than 20, I played this game with 10 ping and you feel like a God not gonna lie, can one shot most of the time point blank instead of 83% 99% etc.

Very low ping players are tough. Over 100 ping it’s probably not fun for you and sometimes not fun for others.

The game is sweet spots.

I shot at a guy with a 120 ping today. As soon as I fired he was on the other side of me. I wonder what it looked like on his end.

My heart still sinks when I’m in a lobby of 120+ ping players, nearly every time this will mean them sponging more shots, movement being “off” etc there is no doubt they have an advantage…at least from my viewpoint, from their screen and perspective, I don’t know.

Gow1 & 2, with no lag comp and no dedicated servers and when everyone had worse internet were both playable on way worse pings than 100. It’s just the nature of the game itself, and it always has been. 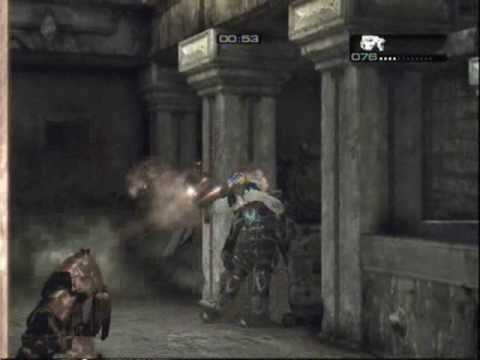 Pay no attention to this noob.

Wall bounce on down the road.